AIR - How to delegate effectively

The fundamental role of a manager is to delegate, and the best managers delegate effectively. The AIR model was developed by modelling managers in a variety of organisations, and as usual, comparing the perceptions and behaviours of the best with the average.

By modelling high performing managers in a variety of organisations and industries, some common themes emerged. 'High performance' is defined as having both the best operational KPIs and also the highest levels of staff satisfaction and retention. In short, the best managers, don't just get results, they get results through effective, engaged, happy teams.

The bottom line is this - the only way that you can manage your business effectively is to delegate as much and as often as possible. Why? Simply, because a hierarchically arranged organisation is specifically built around the process of delegation. In practice, whilst OD experts have tried to 'flatten' structures for the past 30 years, a hierarcy always exists because centralised responsibility for decision making is a feature of the legislative framework that companies must operate within. No matter how much organisational leaders or leadership 'gurus' talk about collaboration, the reality is that the risk faced by the organisation falls on the shoulders of the people who are held responsible in law. Delegation is therefore a fundamental process of such a business entity.

If you’re thinking that you don’t have time to delegate, or you can’t trust your team to do things as well as you do, then you might be mistaking delegation for abdication.

When you delegate, you give someone else the resources and the authority to complete a task, but you always keep accountability for it. When you delegate, you need to give the person a clear description of what you want to achieve but stop short of telling them exactly what to do, step by step.

When you abdicate, you give up accountability for the task, typically explaining at length what you want the person to do, but not what you want them to achieve. Ironically, while you think you’re helping them with step by step instructions, you’re actually making it impossible for them to complete the task as you intend. You’re treating them like a puppet, so as long as they do exactly what you would do, everything will work out fine.

You probably think that you are already good at delegating, because:

If you do any of these them, unfortunately, you are not good at delegating. In fact, you are causing more work for yourself and for your team, you are limiting the growth of your team members, and you are micromanaging.

The only way that you can manage your area of responsibility effectively is to delegate as much and as often as possible.

When you delegate a task, you are delegating the authority to complete the task, but not the responsibility for it. Ironically, managers who abdicate tend to do the opposite, they abdicate the responsibility for the task, but not the authority to get it done, so that when the person performing the task fails, it will be their fault, even though realistically they could never have succeeded.

One of the most important jobs for a good manager is education. By making sure your staff are trained to the right level and that they understand the standards that they need to work to, you can delegate very quickly and easily without having to explain yourself every time. Education is an investment that the worst managers don’t make time for, but that’s like saying that you don’t have time to pack for your holidays, or you don’t have time to buy birthday presents.

You might save yourself a little time now, but you’ll pay the price later.

Effective delegation isn't a task or resource management activity, it's actually a developmental activity with built-in assessment. Rather than trying to guess if your team members could take on more responsibility and work on more challenging activities, you actually get to try them out, and they get to try out new responsibilities. You don't have to 'predict their potential' - you simply measure their performance. This approach to development fits perfectly into the 70:20:10 development model, in which 70% of learning happens in the course of day to day work. If you're doing exactly the same work every day, you're not going to learn much. When your day to day work increases in complexity and challenge, learning is automatic. Feedback is carefully structured to maintain psychological safety, so that the employee never feels out of their depth. 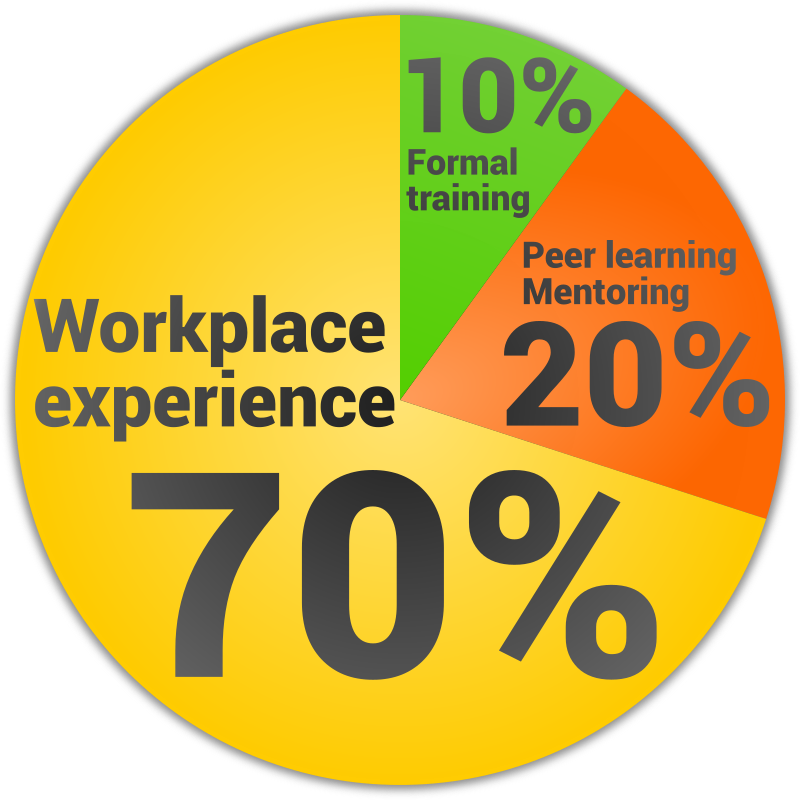 To delegate effectively, simply give your team more AIR:

Result - An end Result that you can objectively measure 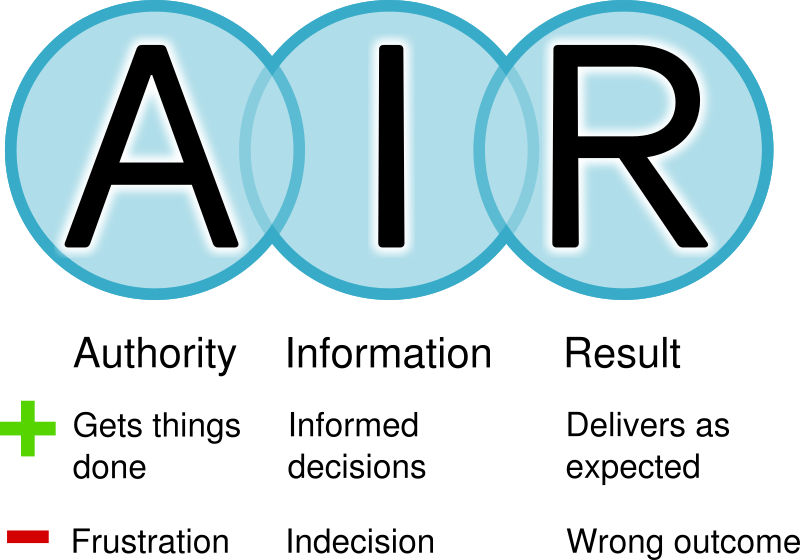 The most vital thing to remember about delegation is that you are delegating not only a task, but also the authority to make decisions that are necessary to complete that task.

Delegation is a shift in decision making authority from one level of an organisation to another – this is why people who go to conferences on behalf of their employers or governments are called delegates; because they have delegated authority.

The most vital thing to remember about delegation is that you are delegating not only a task, but also the authority to make decisions that are necessary to complete that task. Delegation is a shift in decision making authority from one level of an organisation to another – this is why people who go to conferences on behalf of their employers or governments are called delegates; because they have delegated authority.

When you order your shopping for delivery from a supermarket, you can decide whether to permit them to make substitutions for any out of stock items. A substitution is a delegated decision, and it doesn’t always work out as you had intended. If you order flour and get cake mix instead, you might imagine that the picker in the store did their best to guess what you wanted the flour for, and made a reasonable substitution from their point of view, given the information they had.

Delegation is not a resource or task management activity, it is a succession planning activity.

Good delegation prepares your team to take your place when you move to your next role.

Here are five tasks that you might delegate. Think about how the different staff in your team might be motivated differently by them.

What do you notice? Are you automatically thinking about who in your team would be 'good' at each of these tasks? If so, this is the trap that most managers fall into; your limiting your team's performance based on your expectations. When you delegate, you delegate equally to all team members, and you then measure their performance.