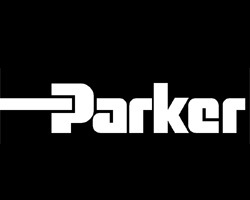 Parker Hannifin is the global market leader in hydraulic control systems, with 45,000 employees worldwide and over 2,000 in the UK alone.

The UK Learning and Development Manager first explored the idea of coaching with us over two years ago, and we have worked since then to put in place a program to run alongside their existing management and leadership development programs. The culture of the organisational is quite traditional and was, at first, wary of coaching which seemed new and unproven.

Peter ran a coaching program with 10 managers in a number of locations across the UK, and six months later evaluated the results of that.

The most startling result that came from the evaluation was that one Business Unit Manager achieved an increase in profitability of 700% in six months. This was achieved in two ways; firstly, he shifted his role to one of leadership rather than management and as a result was able to focus on strategic business development rather than getting involved in product development detail. Secondly, by stepping into a leadership role, he created the space for his management team to grow into and excel in their own roles.

This result was a perfect example of coaching working to address a number of very specific, individual issues which had a much wider, systemic impact.

Some managers secured promotions as a direct result of the coaching program, whilst others saw a measurable improvement in the performance of their teams as a result of their own improved skills in delegation and leadership.

Some of the feedback from the evaluation included:

“I was coached to where I wanted to be, it helped me get the promotion to Project Leader. I can deal with conflicts better and give people direction in a positive way. I felt more independent, more strength to do things on my own.”

“My manager has noticed that myself and my team are more independent.”

“I am very confident now about putting my opinions forward and am now being listened to.”

Overall, coaching has proven to be an excellent addition to the company’s management development portfolio and is addressing performance areas that traditional training simply cannot, and is therefore a more time and cost effective alternative too.